The Bristol Fighter F.2B was one of the most successful WW1 aircraft operated by the Australian Flying Corps, serving in the Middle East. Bristol Fighter B1229 was a “presentation” aircraft, meaning that it was procured for £2,700 from a donation by the Macintyre Kavuga Estate, in the Hunter Valley NSW.

This aircraft was at one stage flown by Captain Ross Smith. Capt. Smith scored 11 of his 12 enemy victories in this aircraft in the Middle East between September 1917 and October 1918. He served in No1 Squadron AFC and whilst in Middle East flew as Lawrence of Arabia’s pilot on several occasions in the Bristol F.2B.

Bristol Fighter AFC B1229 was donated to Hunter Fighter Collection and is on display, and is a flying exhibit at the Hunter Warbirds Aviation Attraction at Scone NSW. 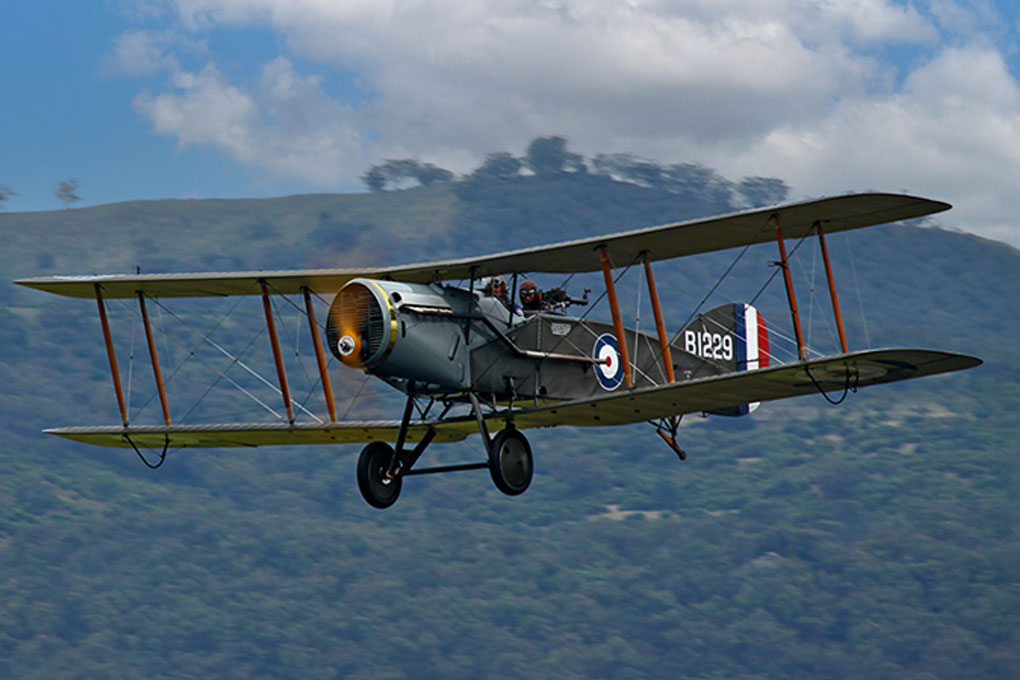 Read about the history of the Bristol F.2B Fighter