The Hawker Hunter first entered service in Britain with the Royal Air Force in 1956 and was transferred to the Republic of Singapore Air Force (RSAF) in 1973.

During service in the RSAF she flew at RAAF Base Williamtown NSW on joint exercises and training detachments. The Hunter was imported into Australia in 1995 and was kindly donated to Fighter World by Sydney businessman Mr Greg Ackman. Fighter World volunteers assembled and restored the aircraft for display.

The Fighter World Board generously loaned the aircraft to Hunter Collection Inc. for display at the Hunter Warbirds Aviation Attraction at Scone NSW. HFC conservation volunteers have repainted her in a RAF 20 Squadron color scheme. 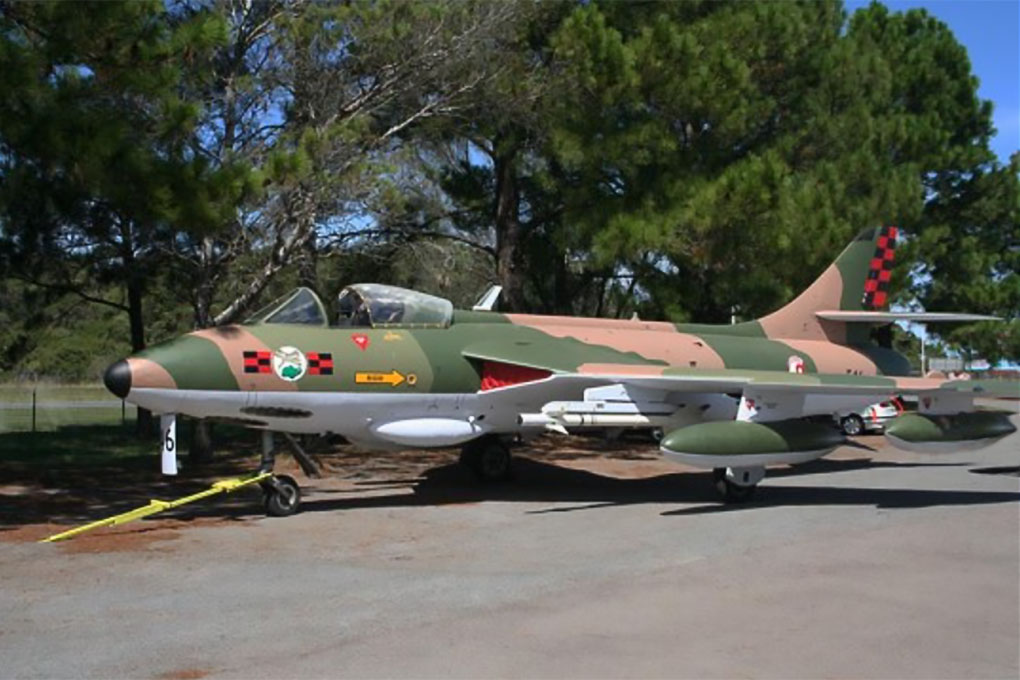 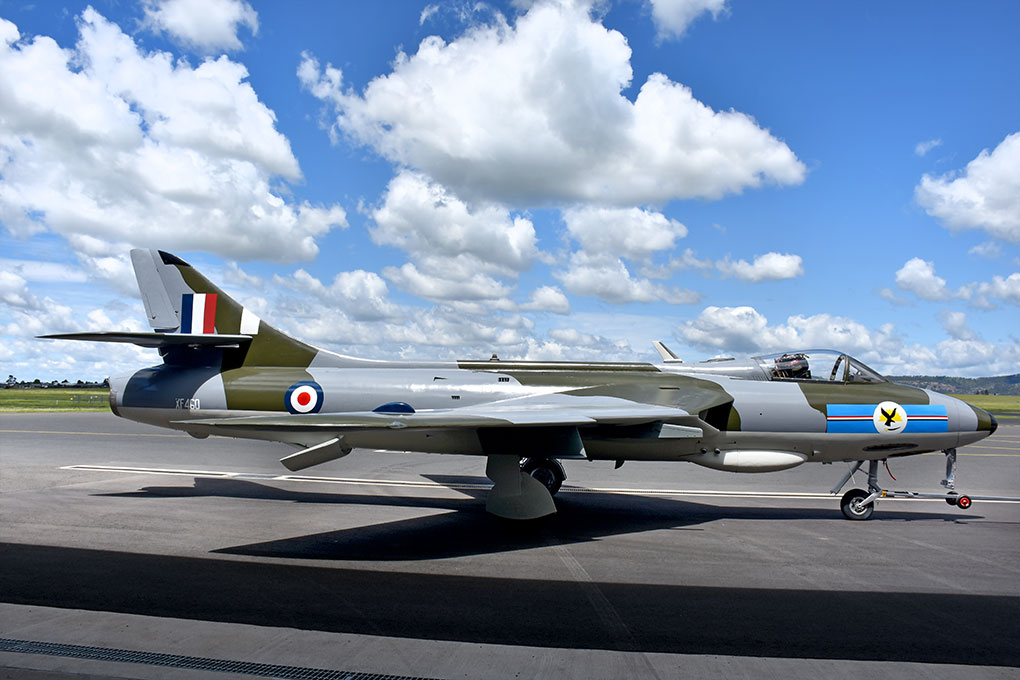 Read about the history of the Hawker Hunter aircraft type