The MiG-17F is a Polish License built version of the MiG-17F produced in Poland by the WSK-Mielec factory and is an interceptor Lim-5P (equivalent to the Soviet produced MiG-17PF) produced in the mid-1950s.

Imported into Australia in 1998 the MiG-17F was repainted as Polish Air Force “402” in a Silver finish with red trim and markings. She is in excellent condition, complete with her cockpit fit out and 2 X ground attack UB-16-57 multiple rocket pods.

Previously located at Caboolture Qld, the MiG-17F was generously donated by Jack McDonald to Hunter Fighter Collection Inc. It is on static display at the Hunter Warbirds Aviation Attraction at Scone NSW. 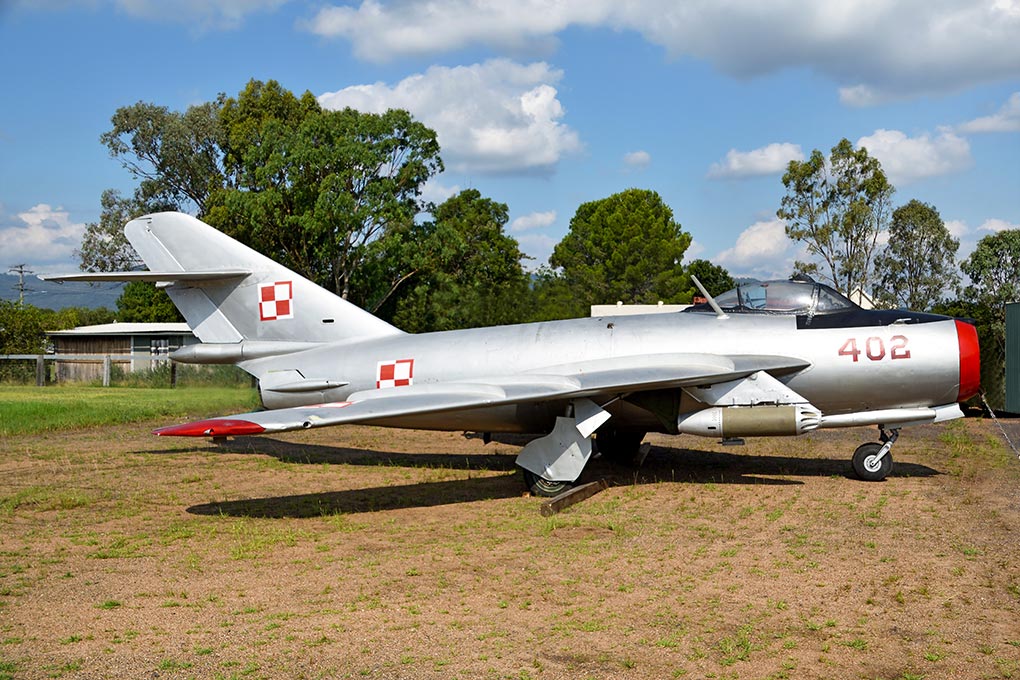 Read about the history of the Mikoyan-Gurevich MiG-17F